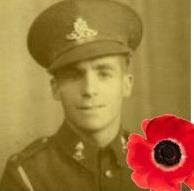 Another week of working days and ordinarily chilled out nights saw a degree of difference as I began a process of out-going of items to make way for anew. My Autumnal cleanse let go a past that was more mental calculation than physical effort, though demanded some clinical decisiveness.
Friday was a notable date in the calendar 11.11.11. Annually 11.11 is one remembered for those fallen during conflicts, here, there, then and sadly now. A time when we should I feel pause and spare a couple of minutes in acknowledgement to, and for those who have made the ultimate sacrifice for their cause.
Without getting into political debate over nationality, religion or social preference it is a matter of respect. Were it not for those largely unsung heroes, we would not have the opportunity of freedom of speech in the majority of the Worlds countries. Living in a country where one has; in the main, the right to express one’s opinions, I engage in doing so; for it was hard fought and must never be taken for granted.
In musical reference, there are three tunes that spring to mind at this time, Dylan’s “With God on our side”, “Universal Soldier” by Buffy Saint Marie and Marvin Gaye’s “What’s going on” holding a degree of significance, “war is not the answer, for only love can conquer hate” indeed.
Those foot soldiers of General’s direction are whom we should pay silent homage to, also mindful of the responsibility that we have when outside conflict. It is to seek out a coming together of peoples and their ideologies - whilst being tolerant to the freedom of choice of those individual. After all Wars may be won by armies, but it is people who have the power when it comes to winning the peace.
Through the years the tragic consequences to the actions deemed necessary at the time, has seen many a family’s life changed forever, to them an acknowledgement is also I feel appropriate –an aspect often neglected.
Around this time is a particularly and personally poignant period for me. Three years ago saw the passing of my father. As most relationships between father and son, there were times when we didn’t see eye to eye, though those times were few and far between, and I know that there are traits of persona that I have inherited from him.
Unlike him however, I don’t think I have the same degree of patience. When confronted with what I believe to be injustice, I stand as that fool (or as I like to think, Hero(?)) that rushes in where Angels fear to tread – and in physically putting oneself in harm’s way; still bear the scars of such, though I remain true to my conviction of conscience. His reputation of being not only a gentle man, but a gentleman also is something that I can only endeavour to aspire to. So to my Dad and all those who have passed over, are thanks – lest we forget
Posted by Billy at 13:56